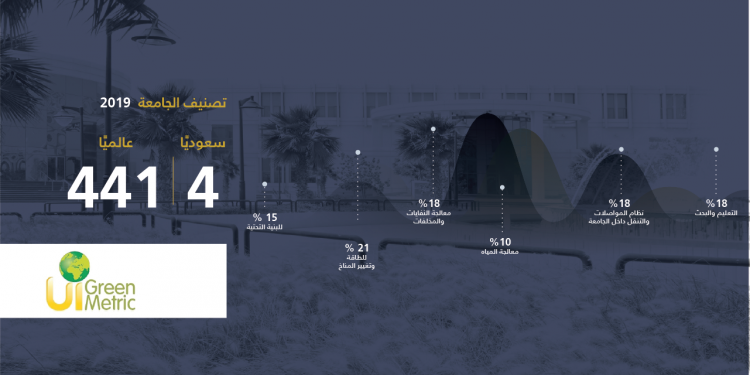 GreenMetric is a World University Ranking system that provides classifications concerning environmental safety on campuses according to greenery and open areas in comparison with the total area of the university and its populace. In addition to the university's concern in the use of energy, change in climate, smart buildings, water, organic and non-organic matter recycling which gives a university a distinct significance within its community.