Dr. Al-Solaiman, the 1st Saudi to Participate in the SAH Conference in the US 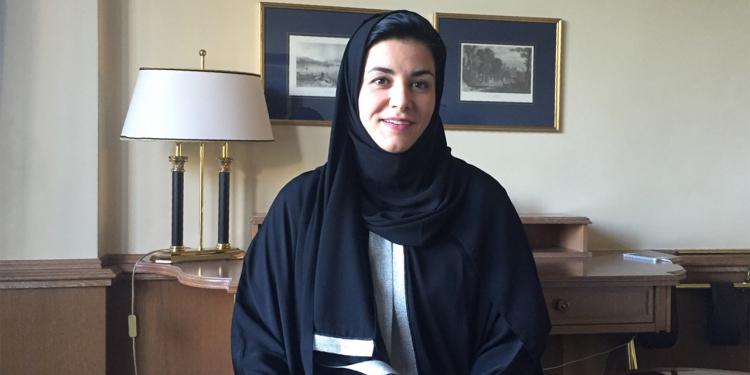 Dr. Sumayah Al-Solaiman a member of UoD faculty, the Vice Dean of Quality, Development and Academic Accreditation in the College of Design and a member of the Eastern Province Municipal Committee submitted a researched titled “Preserving the Architectural Heritage in Al Diriyah” in the 2016 Society of Architectural Historians Annual Conference which was held in Pasadena, Los Angeles.

Dr. Sumayah Al-Solaiman tackled in her scientific research the progress of preserving heritage through studying the policies and procedures that were handled throughout the years by surveying the changes that have occurred in Al Diriyah. As well as that, she pointed out that Al Diriyah was the capital of the First Saudi Kingdom this is why it is a national historical icon and she elaborately discussed other important landmarks.

She presented her research during a session specialized in preserving the Architectural Heritage in the Middle East and it was characterized by a positive outlook on the importance of heritage in tourism.
She mentioned that “In 1972 and in accordance with the Archaeology system, Al Diriyah was preserved then in the 80s, private properties were bought. Later on, in the 90s a number of castles were individually restored. In 1998 a supreme decree was declared to develop Al Diriyah in order to become a museum and a tourist attraction. In 2010 Al Turaif was listed in the UNESCO World Heritage Center.

Al Diriyah is considered a very exciting subject to study in order to understand the developments in the policies and practices of preserving Architectural Heritage in the Kingdom where a number of authorities supervised this project and most notably the Saudi Commission for Tourism and National Heritage. The Saudi Commission for Tourism and National Heritage has evolved greatly during the past 15 years and Al Diriyah is an indication of that because it is following in the footsteps of the Kingdom’s vision, which is to integrating between preserving historical buildings and boosting the tourism aspect in the Kingdom.

Noting that, Al Diriyah is a very important landmark due to its role in partly achieving the 2030 Vision, which included the importance of preserving national identity, introducing, highlighting it and preserving it for generations to come. Also, the 2030 Vision included the importance of reviving national, Arabic and Islamic Heritage and to give everyone a chance to access it.

Finally, it is good to mention that the Society of Architectural Historians was first established on 1940 in Harvard University. The Society aims at studying, explaining, and preserving archeological architecture. Furthermore, the 2016 Society of Architectural Historians Annual Conference continued for 15 days and was a substantial event where 213 scientific researches were submitted and discussed. A number of roundtable meetings were conducted between scientific societies, publishing houses and researchers. In addition to that, 14 scientific tours related to Architectural history in Los Angeles were taken.