The University and Eastern Prisons are Considering Developing a Reform Initiative 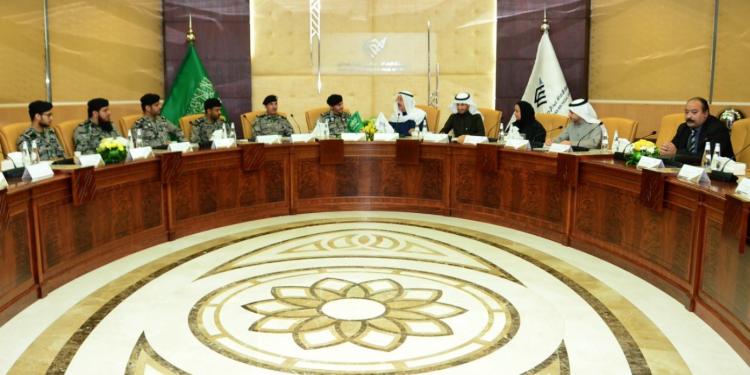 Dr. Al Rubaish mentioned that the Reform Initiative is one of the University's community service initiatives. This initiative was directed with the Eastern District Prison Directorate to all inmates in Eastern prisons to provide them with many services, including distance education, where a group has graduated at the bachelor's level. This type of study contributes to reformulating the character of the inmate and qualifying him/her for the job market when he/she is released.

Dr. Al Rubaish noted that the services of the Reform Initiative varied through partnerships with various colleges at the University, such as the College of Applied Studies, which offered numerous training courses, the College of Medicine, which conducted detection and therapeutic visits, and the College of Dentistry, provided a range of treatment courses for more than 2,600 inmates. The Deanship of Library Affairs has participated by providing numerous books, which have enriched the Prison’s Library with Arabic content. The Prisoner wants to diversify the activities that he can spend his time on through education, reading or sports activities. For this reason, the Preparatory Year Deanship has prepared some sports, leisure and cultural activities for them. The College of Public Health, the College of Education and the College of Sharia and Law have also contributed in numerous activities. In addition, the College of Architecture and Planning has developed some buildings in the Eastern District prisons.

Brigadier General Al-Farajan noted that this initiative is of great importance, especially with a university like Imam Abdulrahman Bin Faisal University, which has shown a desire to reach out and activate this initiative. What we have seen today is encouraging, and we hope to sign a partnership with the university to benefit all prison inmates.