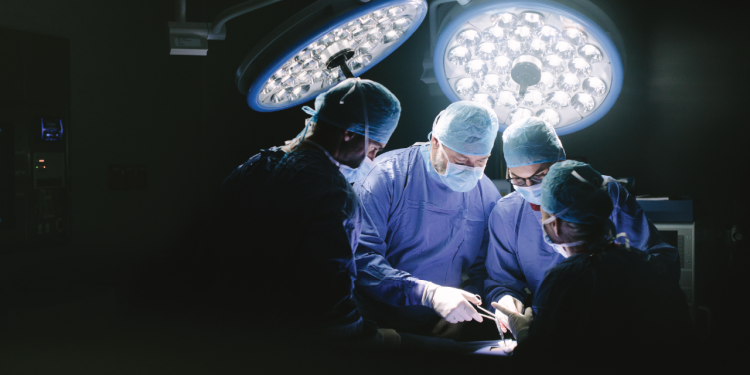 Prof. Dr. Khalid bin Matar Al-Otaibi, Professor and Consultant of Kidney Endoscopic Surgery and Pathology at King Fahd Hospital of the University in Al-Khobar City, affiliated to Imam Abdul Rahman bin Faisal University, received the Sheikh Hamdan bin Rashid Al Maktoum Award for Medical Sciences, as Dr. Al-Otaibi is the first surgeon in the Middle East performs laparoscopic surgery to eradicate a kidney tumor, and he was honored among the distinguished medical senior experts in the Arab world for the 11th  session (2019-2020) in the field of medical and humanitarian services with the virtual ceremony held on this occasion yesterday.

Dr. Khaled Al-Otaibi said that this award came to reinforce the important role performed by  Saudi physicians in various specialties because it is of great importance in the continuous support of the government of the Custodian of the Two Holy Mosques for the health sector in general, which confirms that we, as Saudi doctors, do not have a horizon or limits, but We go beyond that to reach the ends of the countries in order to deliver the noble medical message and to raise the name of the country high. And that is considered an addition to a series of achievements made by Imam Abdul Rahman bin Faisal University, King Fahd University Hospital in Al-Khobar, and the College of Medicine, and it is the least due right we offer.

Al-Otaibi noted that through the continuous trips in the medical career of volunteering and work in the parts of the world in order to direct medicine's compass towards those who need it and to be peace messengers, and a station behind for human spirit, I worked as a volunteer in and out KSA, in GCC, Sudan, Sierra Leone, Comoros, and Zanzibar, without financial compensation, at a rate of two trips per year, and this resulted in many achievements found the satisfaction of many patients, and were great steps that drew the meaning of love and peace and optimism that I found on the visions of those whom I treated achieving Excellence Award in Relief and Community Service 2019 issued by the Global Knowledge Exchange (GKAF) in New York and was honored at the Fifth Leadership, Innovation, and Excellence Conference in Ras Al Khaimah, E.A.E.

He is Professor Dr. Khaled Matar Al-Otaibi, Professor and Consultant of Urology and Endoscopy at King Fahd Hospital of the University in Al-Khobar City. He is a faculty member at the College of Medicine affiliated to Imam Abdul Rahman bin Faisal University in Dammam City and holds the Canadian fellowship.

His innovations: Development of endoscopic surgical methods for congenital anomalies of the kidneys