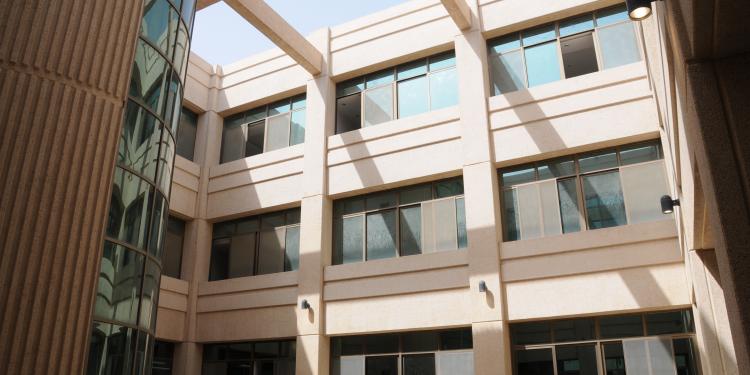 Imam Abdulrahman Bin Faisal University represented by the Deanship of Community Service & Sustainable Development in collaboration with the Ministry of Labor & Social Development has organized at IAU the first consultative meeting on the 16th February 2020, with the non-profit sector in presence of the President of IAU, Dr.Abdulla Bin Muhammad Al-Rubaish and the Vice-President for Studies & Community Service Prof.Abdulla Bin Hussein Al-Qadi, Dean of Community Service & Sustainable Development Prof.Fatimah Bint Abdulla Al-Melhem and a number of representatives and affiliates of the non-profit sector in the Eastern Province.

The university has always been seeking to provide academic and research services within an effective social partnership, enhancing the concept of social partnerships and seeking the needs of the sector, Dr.Abdulla Bin Muhammad Al-Rubaish explained. The meeting aims to discuss ways of cooperation and exchange of ideas in various fields between the university and the third sector institutions in society represented by national associations in the Eastern Province to achieve fruitful results, he pointed out.

From his side, Vice-President for Studies & Community Service Prof.Abdulla Bin Hussein Al-Qadi explained that the meeting has been held in collaboration with a number of national associations and committees in the province to serve the non-profit sector and its affiliates including businessmen and volunteers whether contributing by ideas, donations or services, he also praised the role played by the deanship and all colleges and other deanships in serving the community.

The Dean of Community Service & Sustainable Development Prof. Fatimah Bint Abdulla Al-Melhem stated that community service is one of the university's main functions besides education and scientific research, pointing out that the meeting included an introduction of the deanship, its activities, its role, and services that it can offer the community and provide to the participating associations as well as the role of these associations and their views on aspects of cooperation.