On occasion of the 7th Pledge of Allegiance, Poetic Creativity Award Launched 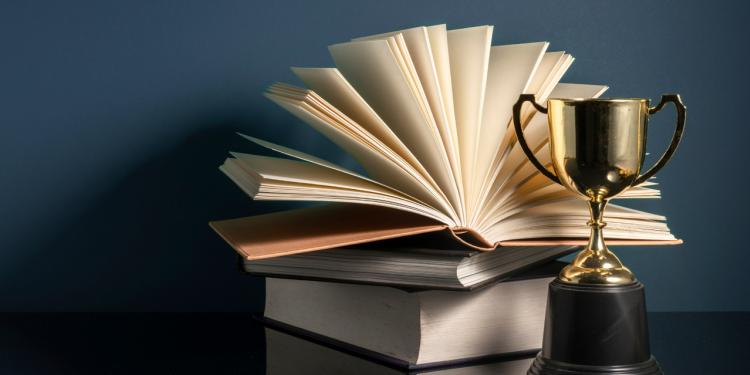 On Monday Third of Rabi'e Al-Akhir 1443H, corresponding to eighth of November 2021AD, is the seventh anniversary of the Custodian of the Two Holy Mosques King Salman Bin Abdel Azizi Al-Saud's assuming power of KSA and to celebrate this noble occasion Imam Abdulrahman Bin Faisal University (IAU) represented by College of Arts and in collaboration with Deanship of Student Affairs has launched the Poetic Creativity Award which embodies values of loyalty and obedience and enhances principles of national unity and identity coated with effective literary feature and creative innovative thoughts.

H.E Dean of College of Arts Dr./Mishael Bint Ali Al-Okly has stated that the Kingdom- as leadership and people- celebrates such anniversary every year pledging to hear and obey our lord the Custodian of the Two Holy Mosques King Salman Bin Abdel Azizi Al-Saud and his HRH Crown Prince Muhammad Bin Salman- May Allah bless them- affirming that the pledge of allegiance embodies a consolidated relationship where nationals support and stand by wise leadership passing stages of the State's development and its transition from establishment to building and development reaching to a prospectively clear prosperous vision- inshaa Allah.
H.E the dean added that the award launched in two tracks of poetry: standard and colloquial instructed and supported by H.E. President of IAU Prof.Dr./ Abullah Bin Muhammad Al-Rubaish; the award aims to present a product highlighting the national values as well as stimulating creative students and affiliates from the university and community individuals and then honoring them on their outstanding interaction and participation.
H.E the dean continued speaking about the three stages of the award starting from receiving participations for 8 days followed by refereeing the participations by specialized professors as each track has a referee committee and in the third and final stage names of the winners announced on the anniversary day of the pledge adding that each track of the award has three places whose winners shall receive valuable sums of money.