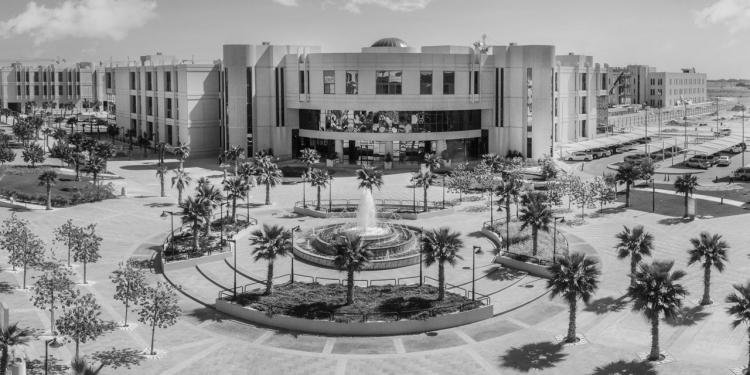 IAU's Vice Presidency for Academic Affairs represented by the Leadership Center is pleased to invite you to attend the panel discussion entitled “Leading with Compassion” by HE Prof. Samar Al-Saqqaf, as part of a series of the program “Leaders who passed from here, which aims to identify distinctive roles of leadership and success in the academic and professional fields. The event will be held on Wednesday February 16, 2022, from 6:00 to 8:00 pm in the College of Business Administration's building.

Is the first Saudi female doctor who is specialized in Anatomy in the Kingdom of Saudi Arabia, she is currently the King Abdulaziz University Vice Presidency's Consultant, previously she was the Vice President of Academic Affairs in Princess Nourah Bint AbdulRahman University in Riyadh. And the position of Medical Programs Department Director at the Saudi Cultural Mission in Washington DC - USA - as the first Saudi woman to hold this position. She was awarded the best exemplary employee in the cultural mission for two consecutive years (2011 and 2012) after a vote by scholarship students through (Saudis in America) website.

Al-Saqqaf is known for her leadership skills in addition to her experience in supervising academic degrees, and she has held chairing and managing positions for many committees and advisory groups. In addition, Dr. Samar has been nominated for many awards at the international level by educational and non-profit institutions and won many of them, especially in the Kingdom of Saudi Arabia, the United States of America, and the United Arab Emirates. She performs various activities, especially in supporting women's programs, developing curricula, contributing to bridge gaps between the East and West, and managing large projects.