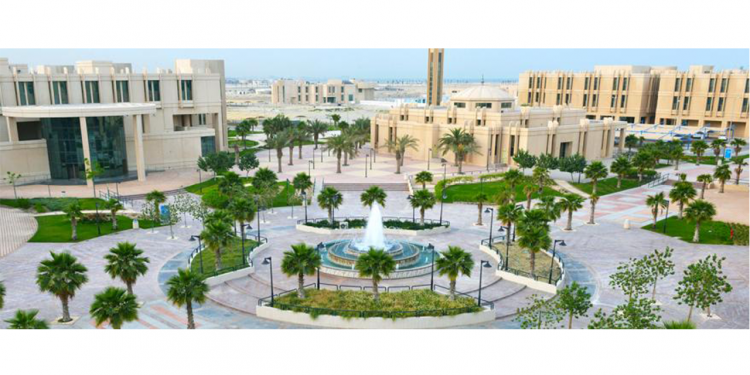 Imam Abdulrahman bin Faisal University has achieved the institutional excellence in spending efficiency from the Center of Spending Efficiency, in return for its efforts to achieve efficient spending, practical, institutional and general evaluation excellence, where the university was awarded along with three other government agencies and gained the first place amongst other educational sectors.

Dr. Abdullah Al-Rubaish, President of the University, congratulated the university’s Spending Efficiency team and he expressed his pride in the support that university and its members receive from the Custodian of the Two Holy Mosques, and his royal highness the Crown Prince. Also, Dr. Abdullah Al-Rubaish mentioned that the Minister of education Dr. Hamad Al Shaik has been closely following up to support the university, its programs, and developmental plans which are in line with the Kingdom's 2030 Vision and Goals.

Al-Rashed mentioned that among the distinguished initiatives presented by the university to achieve the efficiency of spending are: installation of Photovoltaic Solar Energy systems to reduce monthly electricity bills expenses, merging of maintenance and operational contracts for university units located in the same geographical area, rational spending on communication departments, rational use of electric energy in cooperation with the National Energy Services Company (NESCO) and moderate spending on flight ticket orders.

Also, Al-Rashed emphasized that the Center of Spending Efficiency aims to contribute and to follow-up on the implementation of spending efficiency for government agencies to be in line with the plans and programs of the Kingdom's 2030 Vision and to activate its mechanisms in various specialties and sectors, in addition to upgrading the capabilities of government agencies to keep pace with the aspirations of the Kingdom's wise leaders of becoming a pioneer model in various fields, including efficient spending that will enable the Kingdom to achieve financial and economic stability.