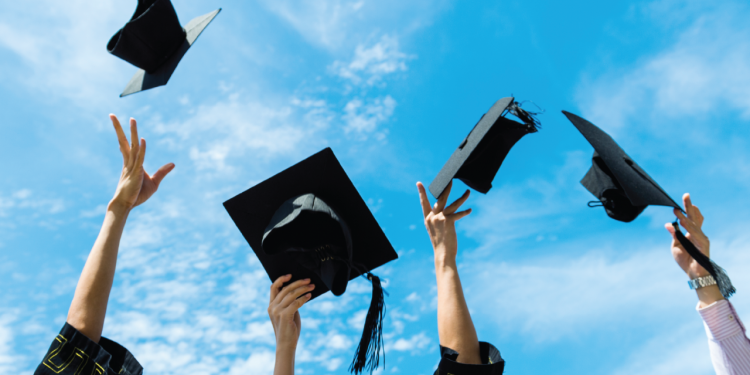 To enhance its developmental role in supporting and qualifying graduates to job market, College of Arts at Imam Abdulrahman Bin Faisal University (IAU), represented by Alumni & Career Development Unit has organized the Graduate Day in its fifth version which aims to consolidate the relation between the college and its graduates and between them and the university through the career and pioneering services it renders for them which contribute to developing and enhancing their skills and highlighting their stories of success to be a model to be followed under the patronage of IAU Alumni & Career Development Center.

In the light of the bove, H.E. Dean of College of Arts Dr./Mishael Bint Ali Al-Okly has affirmed that the college since its establishment has been keeping up with what the Kingdom witnesses of great national transformations in order to achieve its vision on comprehensive development and enhance its cultural and knowledge role and further to improve its outputs and services in the light of highest quality standards adding that the college has been working persistently to deepen ties of communication with its alumni in a way meets prospective expectations and aspirations through several means whose benefit would revert to the university as well as the region service.

On her side, H.E. Deputy-Dean for Studies, Development and Community Service Dr./Seitah Bint Muhammad Al-'Ajmi has pointed out that Graduate Day is considered an honoring of intellectually and creatively outstanding graduates in various fields such as content creation and entrepreneurship indicating that the college of Arts graduate has proved and demonstrated her position and ability in job market and her fondness of development through her contribution to providing career courses and effective participations on level of the college and community indicating that their stories of success are live example of national hands considered a model for a coming generation bears on its shoulders a renewably creative vision.

H.E Director of Alumni & Career Development Center Dr./ Amani Bint Khalifa Al-Bahr has explained on the other hand that IAU has established and prepared for male and female graduates a center to connect with after graduation being keen to prepare them for job market and increase their job opportunities through providing them with training courses and organizing career forums that achieve effective partnership to develop society and be adequate to the themes and objectives of the Kingdom's Vision 2030.